What rando cars constantly bug you to race?

PokerRun388 said:
Would an ST be able to keep up with an RS from a signal? Light turns green & both side by side?
Click to expand...

JamoRS said:
Wheelspin may be the STs downfall in that instance , that would be my guess?
Click to expand...

The RS would murder a ST from a dig. Once rolling it's a bit closer, depending on the "mods" of the ST. I loved my ST to death but the wheel spin was a pretty big problem in the first 2 gears. In 3rd gear the ST is pretty potent, except for the massive torque steer.

For me it's pretty much any sh1tbox Civic with a big dumb wing and the mandatory fart can exhaust. There's a guy not too far from me who has put in a tune with a 2 step on his NA car... Yeah...
Other than Civics, any LS powered mall crawler. Tacomas, those owners seem to have some kind of complex they need to work out. And anything Hemi powered, truck, suv, and car.
Pretty much anyone in a regular performance car not mentioned, the RS goes un noticed. Which is fine by me.

Around 6 months ago or so, I went to the grocery store 2 miles from my house. There were 2 Civic behind me and they start revving each other.

I went to the left lane and minded my own business. On the next light, the blue Civic Si hatch asked me to roll my window down. He was complementing my car and ask if I want a go when the light goes Green.

I told him the standard specs of the RS. and I was thinking, really you don't even know your car is going up against?

He might be around his mid 20s and his friend on the other Civic was just dumbfounded of the gap.
3

PokerRun388 said:
Would an ST be able to keep up with an RS from a signal? Light turns green & both side by side?


Sent from my iPhone using Tapatalk
Click to expand...

Coming from owning both a modified RS and ST, no from a launch the ST would be demolished. If the ST was modified, from a 3rd gear roll then it would be a good race

Joined Jul 6, 2018
·
13 Posts
This doesn’t happen so often to me, maybe because I’m kinda old and have a gray beard. But today some chump in a Focus Titanium wanted to race. I usually don’t bother, but I obliged. I left him a bunch of car lengths behind, but he gradually accelerated to about 80 mph in a 45 zone so I let him have his “win.”

Joined Feb 6, 2016
·
246 Posts
Ditto on the pickup trucks being aggressive on the straights. I live in the Allegheny National Forest, mostly curves. Lots of Vettes and Mopars, but they’re old, living out there wants when they were younger. so they mostly cruise and are clueless what an RS is.
I had the opportunity to follow a Viper on a road we both know. As you would expect, he had crazy acceleration....but, that’s a lot to control in the twisties, plus he was spending a lot of time watching what I was doing behind him. Lots of pressure for the leader. Just so you know, I represented pretty well, but that’s like sparring with Mike Tyson. Wrong weight class.
I’m pretty happy driving ultra-legal all alone. Who knows what’s up with that other guy!

These clowns are rampant of late.

Joined Feb 6, 2016
·
246 Posts
Wouldn’t a Carolina Lean be side to side, rather than front to rear?
For proper Carolina Squat, refer to the favorite food discussion.

Joined May 24, 2017
·
709 Posts
Mostly muscle cars but last week I had a white Camry literally driving circles around me while I had the cruise set at 80. He hangs next to me and does a couple pulls, then gets in the right lane and slows down so I pass him. Then repeat. So annoying.

The worst is when I’m on the freeway and they won’t drop it and leave me alone. I’ve had a Charger do those shenanigans for literally half an hour. I try to keep the cruise on and not make eye contact. I really can’t afford to fight a street racing felony charge.

Joined 11 mo ago
·
90 Posts
What's worse is when they pass you, pull in front and drop the speed you are doing by 5 mph. Kind of like trying to take control of your driving.

Just a side note, these things are much worse in a 370Z than a Focus RS. Half the people I run into think it's just a Focus. The Z, mine currently worth half of what the RS is, is much more provocative. People cut you off, don't let you out, challenge you, etc. I had an old S10 pickup do a one tire fire right in front of me at a light. Assuming it made him feel better? Don't get that mentality, maybe I live a little too close to the Ricky the ricer populous.

Joined 4 mo ago
·
137 Posts
I’ve also been getting a lot of the “controllers” that don’t want you to pass them; but don’t just continue on their way. They want to just block you up and make your drive more difficult bc they just wanna cruise or something? Is my Sport mode too loud for you? Thooose are the ones that really grind my gears.

I’d put Jeep Wrangler’s in there also. Every time I see one they’re driving around like idiots. I don’t think I’ve ever seen a Jeep doing the speed limit. Pretty sure none of them have turn signals.

Joined Feb 6, 2015
·
1,488 Posts
I have an update.... There's some guy that lives near me that drives a Golf R... Every time he drives past my house, he makes sure I hear his DSG farts and empty glass bottle howl turbo sound.

He has yet to go past my house without going "Hooooooowl, pbthththtpt.... HOOOOOOOWWWWWLLLL-Pbththththtbt. I guess he'll get that howl fixed after he saves up a little more money. The howl is so loud, I don't even hear the exhaust until the fart.

The very first car in this video sounds just like it... minus the howl.

Joined Oct 28, 2018
·
187 Posts
Shout out to a lot of truck drivers here in Australia. After a couple of events in Thursday, like a pickup being a pain (hogging the overtaking Lane going 5kph under, then speeding up to over 20kph over the limit to try to stop me from getting in getting for whatever reason. This was in a pretty twisty section. You could hear their tyres squealing like piggies to the point where I thought they'd be going off - what were they trying to prove??) I had a few episodes of trucks in particular giving me a go at overtaking them when I wasn't expecting it. It was frustrating for both of us because they may have slowed down a bit more to give me room, but I didn't take advantage of it. There are some truckies out there who aren't as thoughtful, but I was touched by their thoughtfulness. This is not the first time either. I've had some pull off the road at helpful points on our before this road 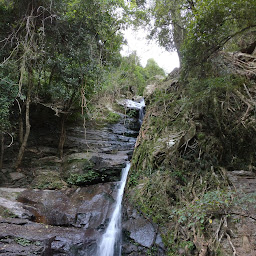 Joined Feb 7, 2015
·
339 Posts
It's the races between my RS and Toyota Prius for me. But don't worry, I always win. I'm always the first one to the gas pump for a fill up, while they just seem to pass the gas pumps by...
21 - 36 of 36 Posts
Join the discussion
Continue with Facebook
Continue with Google
or sign up with email
Recommended Reading
Read More
Read More
About this Discussion
35 Replies
21 Participants
Last post:
hyracer 27 d ago
Ford Focus RS Forum
FocusRS.org is the largest forum community to discuss the 2016+ Focus RS. Join to talk about performance, specs, reviews and more!
Full Forum Listing
Explore Our Forums
Focus RS Discussions Focus RS Purchasing Focus RS Performance Off-Topic Focus RS Photos and Videos
Popular Communities