The best four-cylinder engines ever – we pick our favourites

Just the very ubiquity of the four-cylinder engine gives it a bad press. It’s humdrum. Workmanlike. Unglamorous. It tends to make simply a duh noise, a dreary one-dimensional timbre, and while it’s hard to pinpoint exactly why that’s dull, our ears tell our subconscious it most definitely is. At its worst, a mass-produced four-cylinder engine is unenthusiastic, coarse, and just unpleasant. Joyless, frankly.

The four-stroke four-cylinder will never be as smooth as, say, a straight-six because it only generates one power stroke per crankshaft revolution – one bang at a time if you like, with no others overlapping. But of course, we’re not going to talk about humdrum four-cylinder engines here: we’re talking about performance versions, and of those there have been many.

Naturally aspirated versions are virtually non-existent now. The Mk4 Mazda MX-5’s has improved and is now quite a free-spirited thing, the Toyota GT86/Subaru BRZ’s flat-four is still a coarse and rather gutless companion, and there are still low-volume sports cars such as Caterhams that use off-the-shelf engines such as the Ford Duratec. Turbocharged units are plentiful in hot hatchbacks, but relatively few exude real character, typically resorting to piped-in sounds and a rally-style barrage of pops and crackles on the overrun.

What a pity that is, because depending on your age you’ll no doubt have great memories of simple but oh-so-special four-bangers. Rorty, whiny old A-series-powered Minis, screaming Ford BDAs reverberating through forests in Mk2 Escort rally cars, gutsy early ’80s hot hatches with eight-valve motors such as the VW Golf and Peugeot 205 GTI, or the newer-age 16-valve crowd, which seemed so potent when 150bhp was breached, from the Astra GTE to the Peugeot 306 GTi 6. Then, of course, there was Renault, with the F-series engines stretching from the Clio 16v and Williams all the way to the last non-turbo Clio 200. But perhaps as we reminisce, we think of the extremes most fondly, and inevitably that leads us to Honda’s VTEC engines. 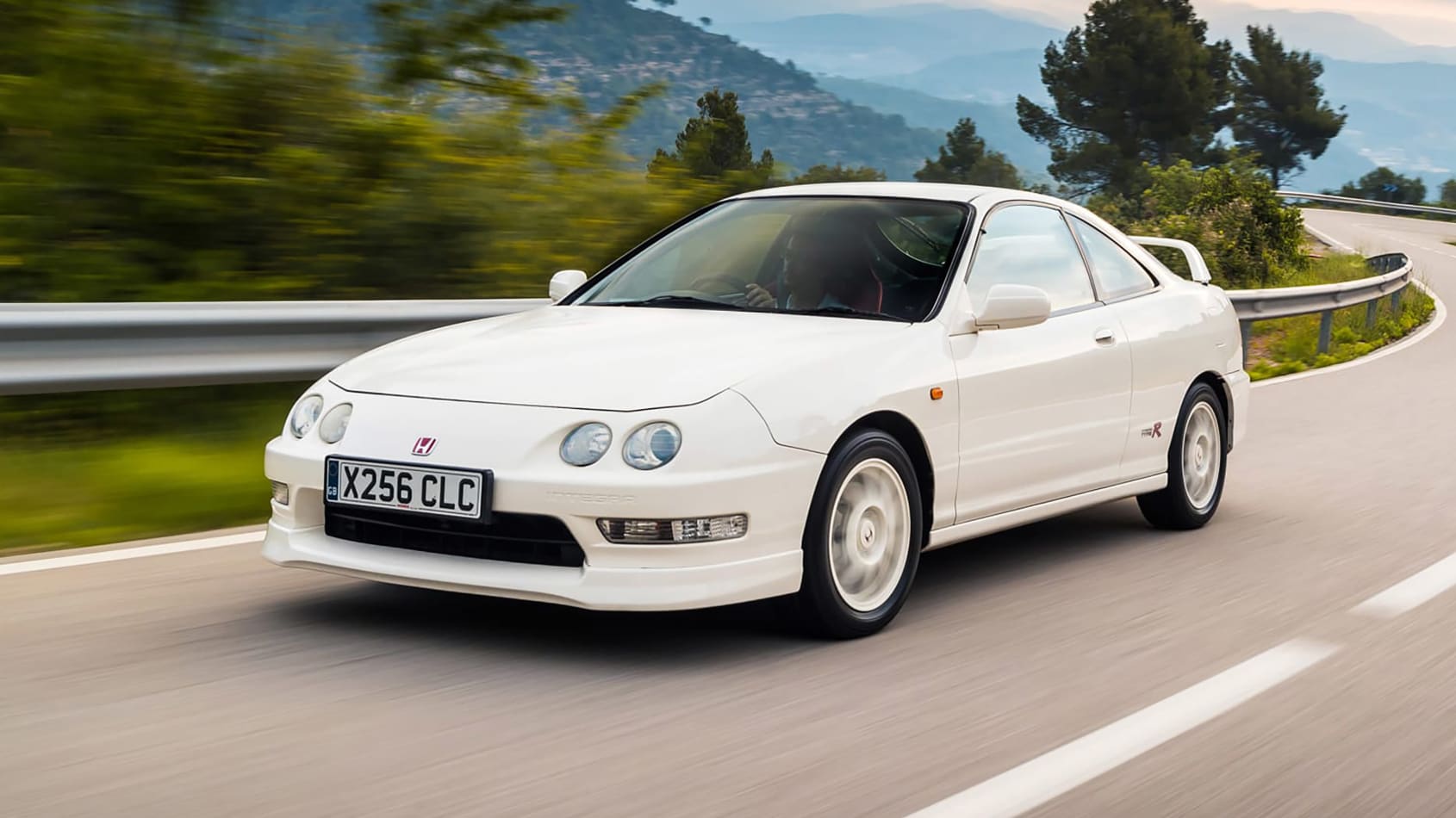 VTEC was, and still is, a way of adjusting an engine’s valve timing to suit either low-speed economy or high-rev power. It features two sets of cam lobes: the milder-profile ones for the everyday, and a much more aggressive set that allows the engine to keep the valves open for much longer for enthusiastic driving. At a predetermined point in the rev range the hotter cams are engaged via a hydraulic mechanism that shifts them into contact. Ingenious. And at its most memorable, capable of creating something instantly forgettable and mild-mannered one moment, and as feisty, free-revving and hard-edged as a touring car motor the next.

It’s this willingness to rev high, and with a lack of vibration and harshness that suggests the engine is enjoying every minute of it, that makes VTEC so special. It hasn’t always made the car faster on-road than rivals (on track is a different matter), because falling out of the VTEC zone through an unexpectedly tight corner or poor gear choice was bad news, and an issue not shared by something such as a Clio Williams. But when the rev counter needle flies past 8000rpm like it does in an EP3 Civic Type R, to be honest, it’s completely captivating, and worth the price of buying one alone.


The Civic EP3 and FN2’s K20-series engines might be most representative of the naturally aspirated VTEC unit before it was replaced by turbocharging, but our favourite four-cylinder VTEC could be found in one of Honda’s earlier Type Rs: the DC2-generation Integra. UK versions of the Integra R made 187bhp at 7900rpm with a 131lb ft torque peak just 600rpm earlier from their ‘B18C6’ units, but Japanese models cracked 200bhp. Both, at only 1.8 litres, made comfortably over 100bhp/litre.

The four-pot worked along familiar principles, but the way it operated was even more dramatic than that of the K20. At low revs the engine really was fairly mild, feeling like a healthy but unremarkable economy car engine. But as the new cam profile engages, the step change is real Jekyll and Hyde stuff, with what feels like 50 per cent more power and a hardening induction note that sounds like you’re riding on board a 1990s BTCC car. That it sits within perhaps the greatest front-wheel-drive chassis ever conceived only adds to the B18C’s legendary status.
Mercedes-AMG A45 S 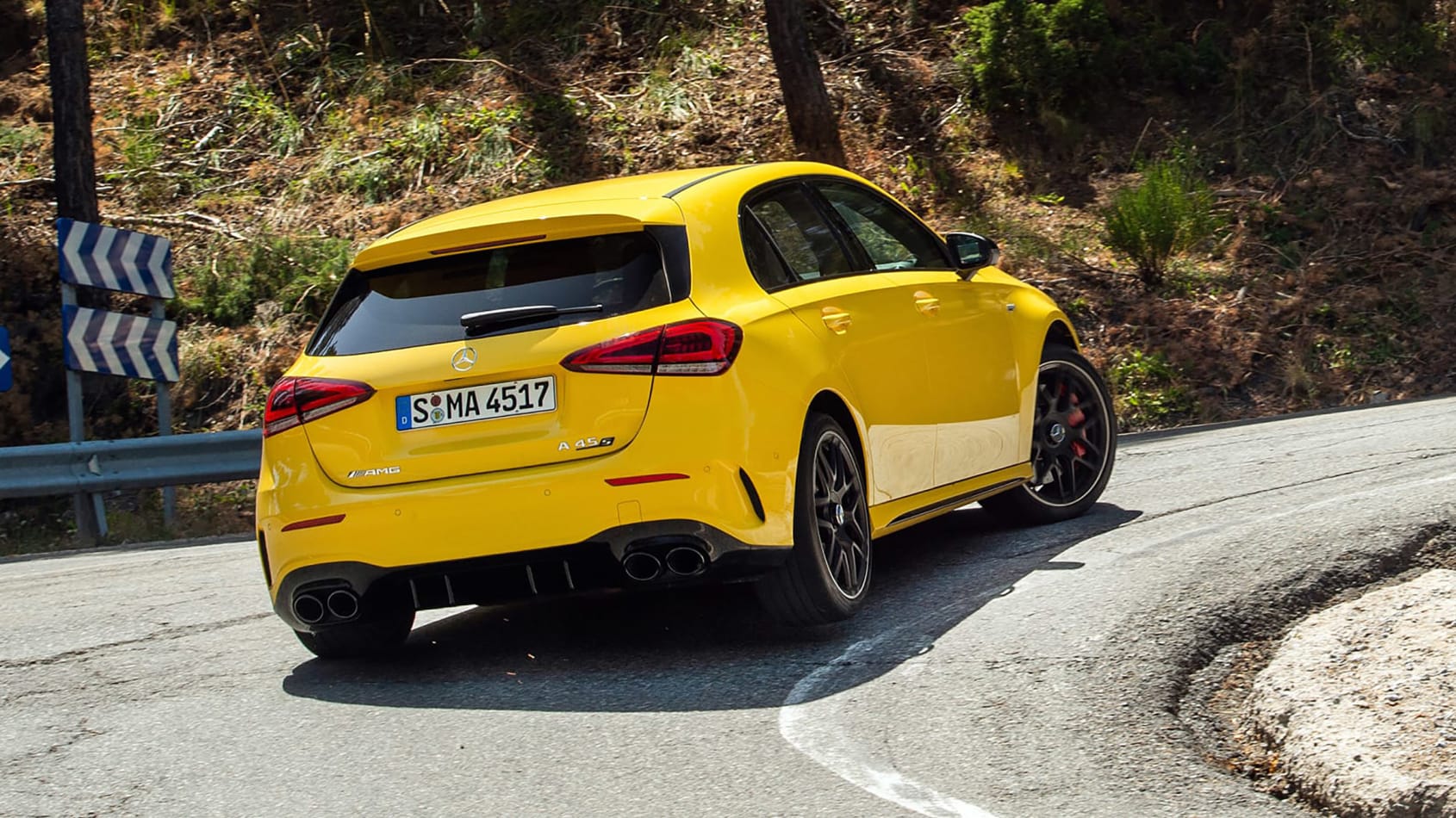 Four-cylinder turbocharged engines have become so ubiquitous in recent years that it’s a struggle to get enthusiastic about them. While some are more interesting than others by virtue of vocal exhaust notes or keen responses, most are just variations on a theme: big on performance, low on character. There’s an exception though, and it comes in the form of AMG’s ‘M139’, as found in the Mercedes-AMG A45 and A45 S.

The engineering is remarkable for a start, as you might expect given a 416bhp output – well over 200bhp per litre. It takes lessons from the firm’s V8s, from low-friction technology to turbocharger routing, and is handbuilt. But the way it performs is truly remarkable, being as tractable as an A180d but also mighty in the mid range and free spinning at the top end. Boost builds almost instantly, and every redline run is accompanied by an angry snarl – it’s an engine with performance and real character.


The Caterham Seven 420R might not be evo’s favourite Seven – that honour currently lies with the 310R, for its slightly more exploitable road-going performance – but it’s a great example of how exciting a relatively humble but highly strung four-cylinder engine can be when given its head.

At its heart the 420R’s engine is a simple 2-litre Ford Duratec, actually derived from a Mazda unit and first seen in the Mondeo way back in 2001. It never made 210bhp in the Mondeo though (if only!), nor did it have a dry sump system, or rev to 8000rpm. It never sounded as good as it does in the 420R either, with a hearty induction snort, while the unit’s effect on the rear wheels is as much a way of steering the Seven as the tiny wheel in your hands.


Much like the Caterham 420’s Duratec, the four-cylinder in Alfaholics’ magical GTA-R 290 is an older unit brought screaming into the modern age with the best current tuning knowledge and the highest quality components. The result is the kind of four-cylinder engine we dream of slotting into everything from small roadsters to lightweight hot hatchbacks.

Alfaholics takes the twin-cam, Twin Spark motor from the 75 of the 1980s and can then rework virtually everything, from boring out the unit to fitting a set of individual throttle bodies. The result isn’t just an output of more than 200bhp, but crisp throttle response, period character with modern performance, and an induction note to die for. Oh, and the rest of the car is equally close to perfection too.

And a few honourable mentions…

‘The Type 587/3 four-cam flat-four in the Porsche 904. Not the most powerful by Porsche standards [198bhp], but one of the best driving experiences I’ve ever had. Also, the 848cc A-series fitted to my first Mini – my first road car. Many a brilliant time wasted trying to coax the speedo needle round to the ignition light’ – Stuart Gallagher, Editor


‘I know it has its issues, but I have a real soft spot for the K-series. In its rortiest forms it brought real character to cars like Caterham Sevens and Lotus Elises. That hunger for revs is something that you don't find often these days’ – Henry Catchpole, Contributing Editor 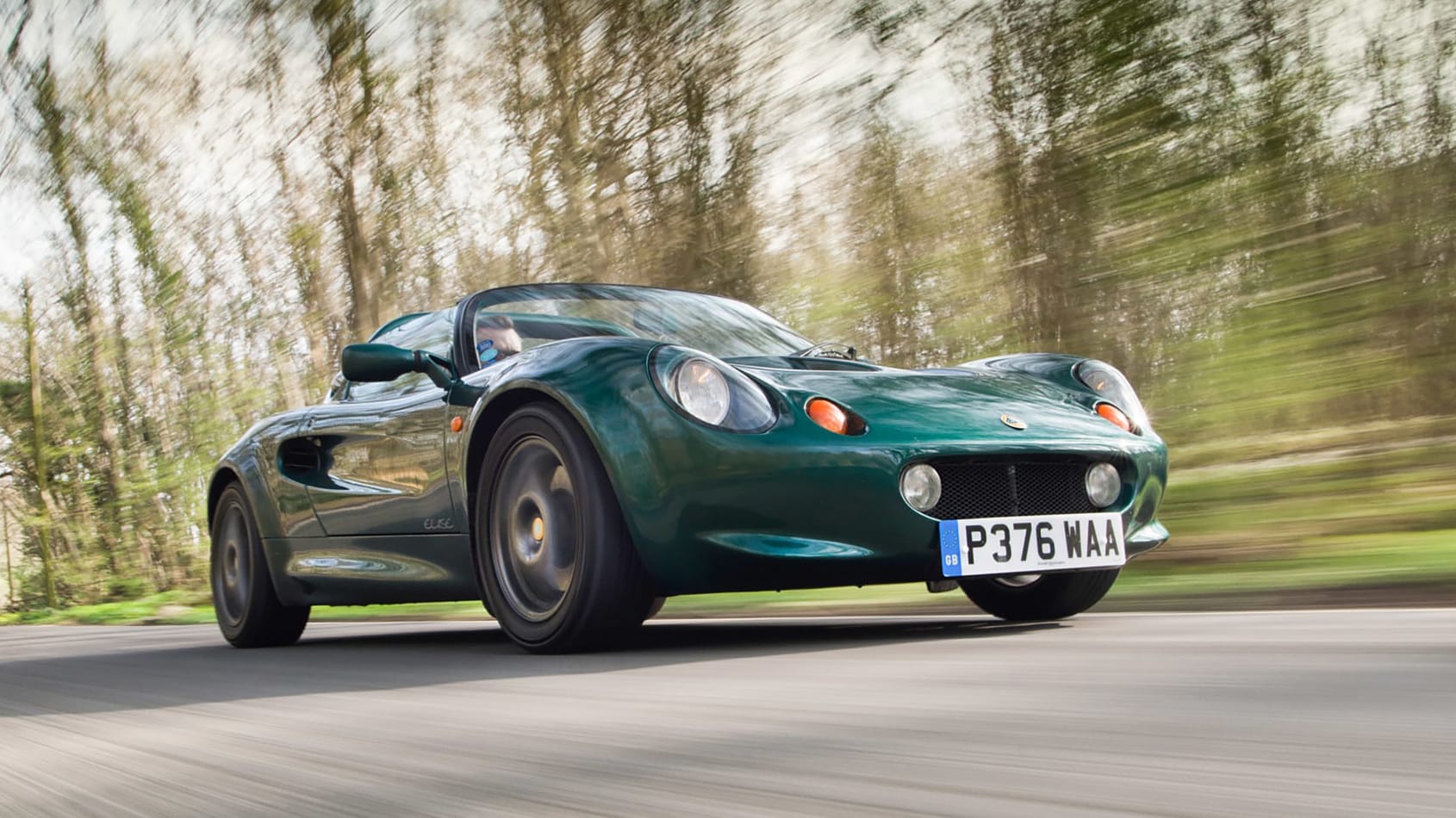 ‘Far from exotic, but the Rover K-series in the S1 Lotus Elise Sport 135 always sticks in my mind. Such a sweet and characterful engine, but just the right amount of power and torque for the car. A bit left field [and classic], but the little V4 in the Lancia Fulvia is also a cracking engine. Likewise the Alfasud's boxer engine’ – Richard Meaden, Contributing Editor 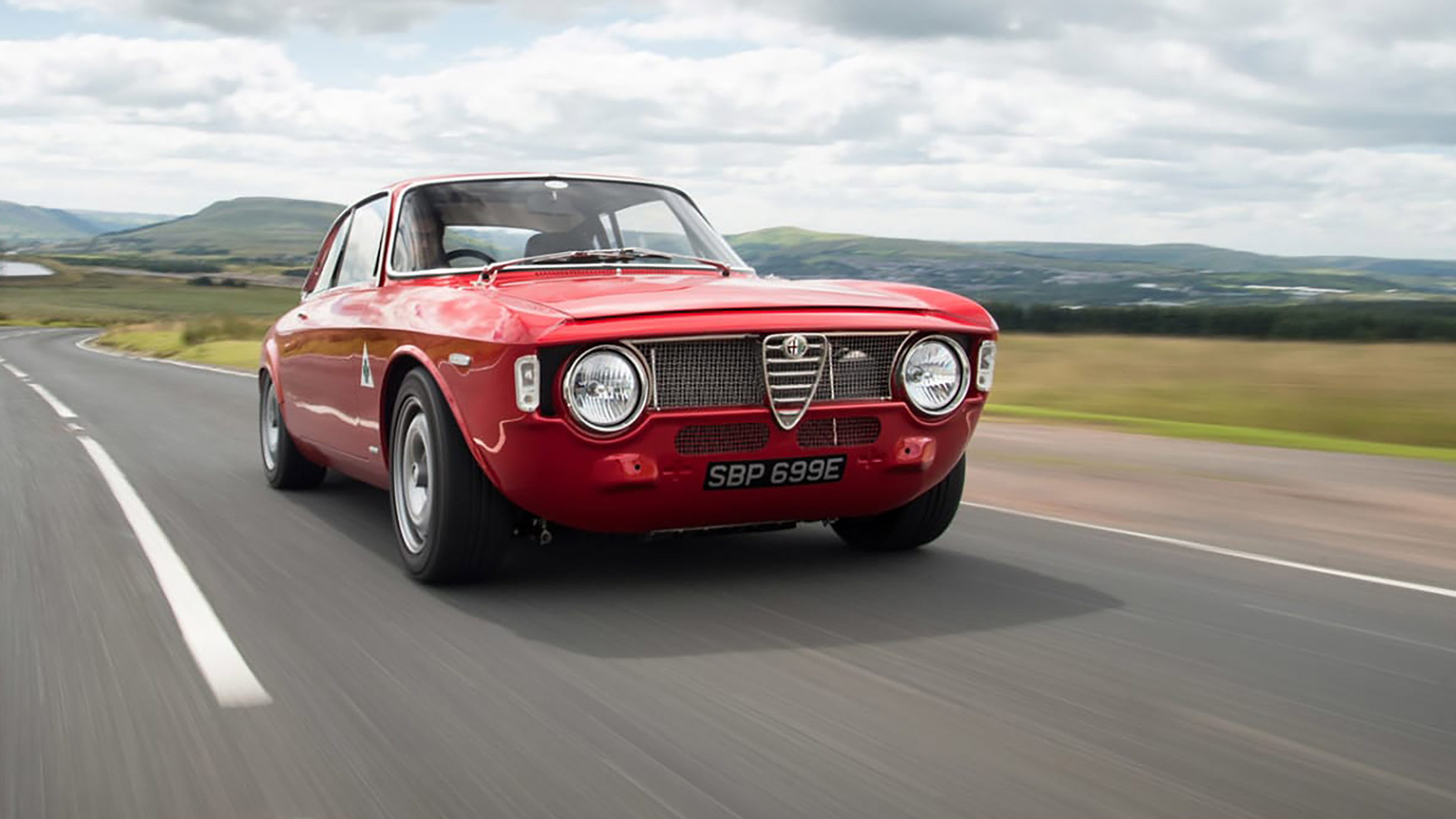 The best four-cylinder engines ever – we pick our favourites | Evo

Joined Oct 28, 2018
·
176 Posts
It's a shame Renault never brought their cars to the US. You missed out on some corkers! That F4R was amazing, as were the chassis attached to them.


Sent from my iPhone using Tapatalk
► Show Full Signature
"I've been told by the Moderator that if I make one more offensive remark, anywhere, at any time, I will be sacked."

Joined Sep 8, 2018
·
28 Posts
4G63 I think is one of the most capable engine platforms, those things can make ridiculous power.
E

PK_RS said:
4G63 I think is one of the most capable engine platforms, those things can make ridiculous power.
Click to expand...

Agreed. Had a few of those rockets

Si2RS said:
+1 for the legendary Honda B-series! Being a former (still a little bit of a) Honda head, there's rarely a better feeling than dat VTEC kicking in bro! I'm still loving the B16a2 in my 2000 Civic Si daily driver! 235K miles and still going strong! Heck, when this engine goes, I might just throw a B18c in it. Or maybe a K20. Hmm...
Click to expand...

I’ve never driven a B series but my first car was an 01 Prelude with the H22a and I loved that engine to death (literally unfortunately). It was also one of the best sounding 4-bangers I’ve ever heard when it was screaming over 7K rpm...
► Show Full Signature
Current: 2017 Frozen White Focus RS, 2001 Ranger XLT 4x4, 2015 Sienna AWD

magnus said:
I had that amazing B18 in my Integra Type-R, it was something else. 8300RPM screamer in conjunction with a Toda header and Mugen twin-loop exhaust.
Click to expand...