Rental Giant Hertz Could Be in Bankruptcy in Weeks, Destroying What's Left of the Used Car Market


A Hertz bankruptcy could flood the market with hundreds of thousands of used cars.

Car rental giant Hertz is currently in talks with creditors in hopes of avoiding a bankruptcy that could be just weeks away, Bloomberg reports. The company has been given until May 22 to come up with $400 million for holders of its asset-backed securities, but the greater problem the company faces is a little more complex. The company’s most obvious avenue for raising cash would be to sell down parts of its rental car fleet, which numbers above 560,000 cars in the U.S., not counting its international operations. But the resale values of the rental vehicles it currently owns have been pummeled by the tremendous drop in sales caused by the pandemic, dropping by 70% in April alone.

Bloomberg reports that Hertz’s two main banks, Deutsche Bank AG and Barclays Plc, have to decide in the next two weeks whether to allow Hertz to try to raise money by selling off large parts of its fleet or let it go into bankruptcy. Neither option would be particularly pleasant, and there are still plenty of unknowns even in these scenarios.

Bloomberg describes Hertz’s situation as a three-way standoff: Holders of Hertz’s asset-backed securities could delay pressuring Hertz to sell down its fleet for a short period of time, but they will need Hertz’s banks to promise to make them whole. The banks, in turn, may not want to take on such a risk, which requires them to bet that either the rental car business or used car prices return to some normal operating level. Meanwhile, controlling shareholder Carl Icahn holds a 39% equity stake in the rental company. Bloomberg says that he could put in more money to keep Hertz afloat, but this once again is dependent on a belief that the rental car business will recover to some extent in the very near future. In a bankruptcy, Bloomberg notes, equity holders’ claims would be behind those of creditors, which is not an incentive for Icahn to put in more money at the moment.

One possible way out of this is banks letting Hertz issue more debt, but this once again relies largely on a bet on a domestic and international recovery in the car rental business in the near future. Otherwise, it only buys the company a short period of time before an eventual bankruptcy.

That bankruptcy could flood the used car market with several hundred thousand cars, whose value is likely to take a substantial hit at a time when used car lots are already quite full and demand is low. Bloomberg notes that used car prices dropped 11.4% from March to April, while sales were merely a quarter of preoutbreak levels. Dealer auctions that would liquidate the cars have also cut back operations on dropping demand by used car lots.

Hertz itself sells used cars as a part of its business, but how long it would take to sell over 500,000 used cars in the U.S. alone, at prices reasonably close to their market value, is perhaps a question of years, not months.

Like airlines and hotels, the car rental companies are facing a massive drop in business as a result of the coronavirus pandemic, the end of which may not be in sight for quite some time. The car rental business largely depends on airline travelers, who at the moment are not doing any domestic traveling that would keep rental companies afloat. Among other things, this means that Hertz is not the sole rental company in trouble, but at the same time there is little prospect of any federal bailout for rental car companies, unlike airlines.

Rental company could flood the market with hundreds of thousands of used cars.

I read somewhere that right now is the time to buy a new car and get a great deal but for used cars the time will be in 2-3 months. I guess these secondary effects are starting to kick in and make these future deals even better.
C

Joined Jun 11, 2019
·
25 Posts
I think Hertz is just one of many big bankruptcies coming. There were many decent sized companies barely making their debt payments before we decided to shut down the economy.
S

Used car prices have been wonky through the current crisis, but it now seems they’ve decided on which direction to head: Down. Way down. And the eventual fate of car rental giant Hertz could flood an already underwater market.
jalopnik.com

Joined Sep 3, 2018
·
3,034 Posts
I have been telling my nephew to hold his horses on getting a used car till the hertz thing happen... this will drive most used car prices down.... there are niche make/model that might not get affected by this though.
D

nicklulu said:
I have been telling my nephew to hold his horses on getting a used car till the hertz thing happen... this will drive most used car prices down.... there are niche make/model that might not get affected by this though.
Click to expand...

Even if the Hertz fire sale happens for only the bottom of the market makes/models this would still impact most of the cars worth up to $30-40K. There will be so many deals, people will be willing to get one of these cars at a bargain price rather than the more expensive car they were originally considering.

These Automakers Stand to Lose the Most from a Hertz Bankruptcy 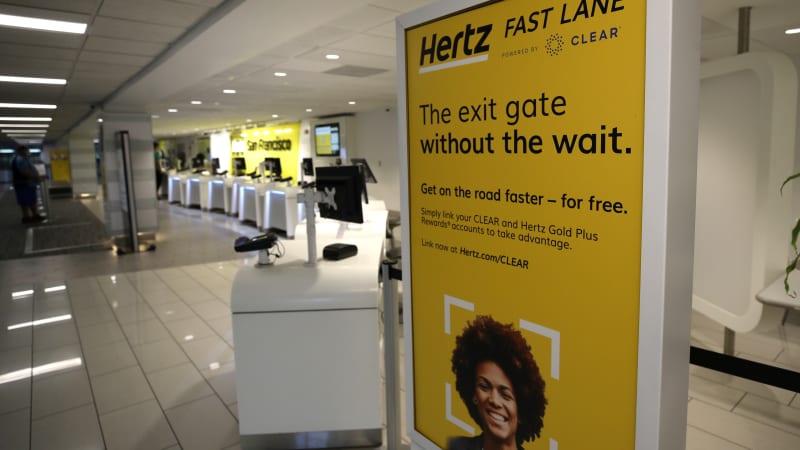 Hertz filed for bankruptcy protection Friday, unable to withstand the coronavirus pandemic that has crippled global travel and with it, the heavily indebted 102-year-old car rental company's business. Hertz and its subsidiaries will continue to operate, according to a release from the company...

102-year-old rental car company's future is uncertain with no return to normal travel on the horizon.

After weeks of hardship due to decimated demand, the car rental giant Hertz filed for Chapter 11 Bankruptcy late Friday night. Hertz has been struggling to keep its head above water since the Covid-19 crisis began, and it seems the company has held out for as long as it could. Its fleet of used...
jalopnik.com

Joined Mar 26, 2015
·
1,737 Posts
Destroying the car market for sellers. Great for buyers as prices will drop with all the extra supply.