I want to introduce myself to the forum. I'm a long-time car enthusiast, working in the industry here in the bay area. I bought a 2017 Nitrous Blue last night from Sean (@Gloff) at Serramonte Ford. I have a few other cars, all of which are small, inconvenient, and questionable in reliability, so the RS is my first-ever new car with a bona fide warranty. I will be using it as my daily driver. It's RS2, blue, and otherwise base.

I didn't really know that I wanted one of these until I drove one. Our company had one as a benchmark vehicle - a black 16 on the base wheels and tires - and I loved it. Took it up a windy road with broken pavement and blind off-camber corners and it blew me away. Second gear, brake hard over bumps and dips, car doesn't care, turn wheel and floor it, popping and banging accelerating out. Grip everywhere.

I'll post again this week with some photos and more info, and impressions as I put more miles under my belt. May start a 'build' thread, though I may not since this car will stay pretty close to stock. This is the reliable one, after all...
► Show Full Signature
'17 Nitrous Blue
1992 Nissan Skyline GT-R
1989 BMW M3

EcoBoostin said:
Hello, Welcome and Congrats!!! First car with a warranty... Good for you Yes, the RS is a hoot to drive in the twisty's. There's lots of good info and reading here in the forum. Post some more thoughts and some pics when you can. Enjoy :driving:
Click to expand...

Thanks! The forum has already been invaluable. I've been using the purchasing forum to feel out the market and the what-to-check-on-delivery thread was helpful last night. I look forward to contributing where I can.
► Show Full Signature
'17 Nitrous Blue
1992 Nissan Skyline GT-R
1989 BMW M3

Joined Oct 11, 2017
·
256 Posts
Well, I wrote a nice big post with a bunch of images and information but it seems I need more posts to be able to share image links. What's the magic number? I'll be back when I get there so I can share that post.
► Show Full Signature
'17 Nitrous Blue
1992 Nissan Skyline GT-R
1989 BMW M3

A bit about me - I'm an engineer, I design cars, I like cars. I come from a proud tradition of best-version-of-economy-cars-and-also-4-cylinders automobiles. In order of how long I've owned them, I have an '04 Mazdaspeed Miata; a 1988 BMW M3; a 1973 BMW 2002tii; and now the Focus RS. To make way for the RS, I sold my Integra Type R (you may have seen it on BringATrailer). Here's a photo of the squad just before the Type R went to its new home. 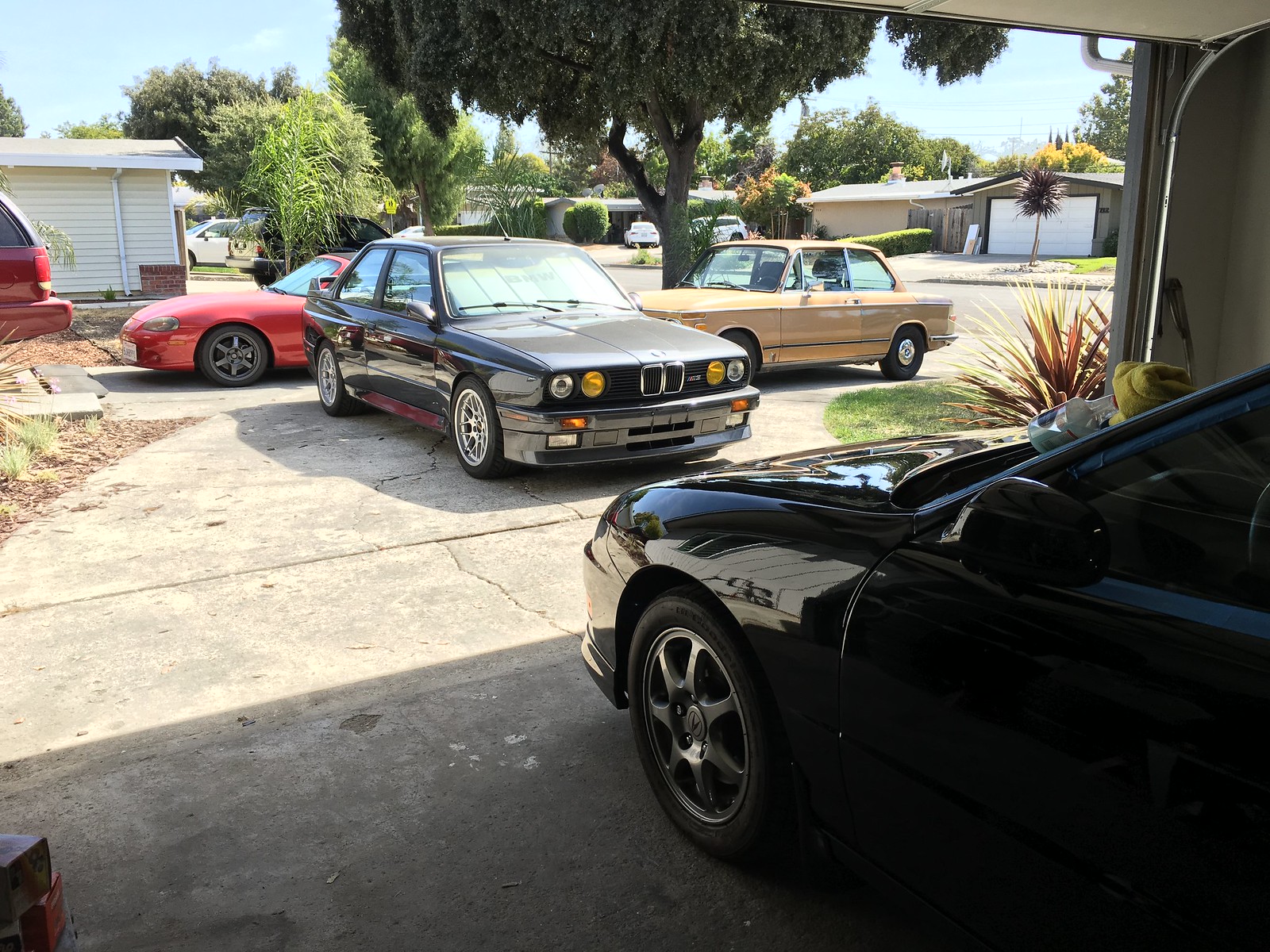 Looking at my fleet, I realized that all I own is impractical and sometimes-unreliable sports cars. I recently drove to LA with my wife for a concert and, despite owning 4 cars, rented a Malibu so we'd be comfortable and know that we'd make it without issue. That's pretty dumb for a guy with 4 cars. I decided I wanted something practical, new, and warrantied, so that I could jump in and go and not have to worry about fixing something every weekend, since I have three others cars for that.

I kicked around the options - RS, Golf R, Civic Type-R, STi. Of those only the RS and the Type R appealed to me; the R is impossible to buy at MSRP, and pretty extreme in styling, and I just came out of a Type R. The RS ticked all the boxes, and with my spirited drive through work it was hard to consider anything else. I found Sean through the forums here and set up a time to check out the stock he had at Serramonte Ford.

I imagine that there are others in the same boat, trying to decide between an '18 and a '17. I decided that I don't need an LSD for the street, and while I liked the black accents, the 17s are marked down while 18s are demanding at least MSRP, if not more. Sean had something on the lot that met my criteria and worked with me to set a price that I liked. 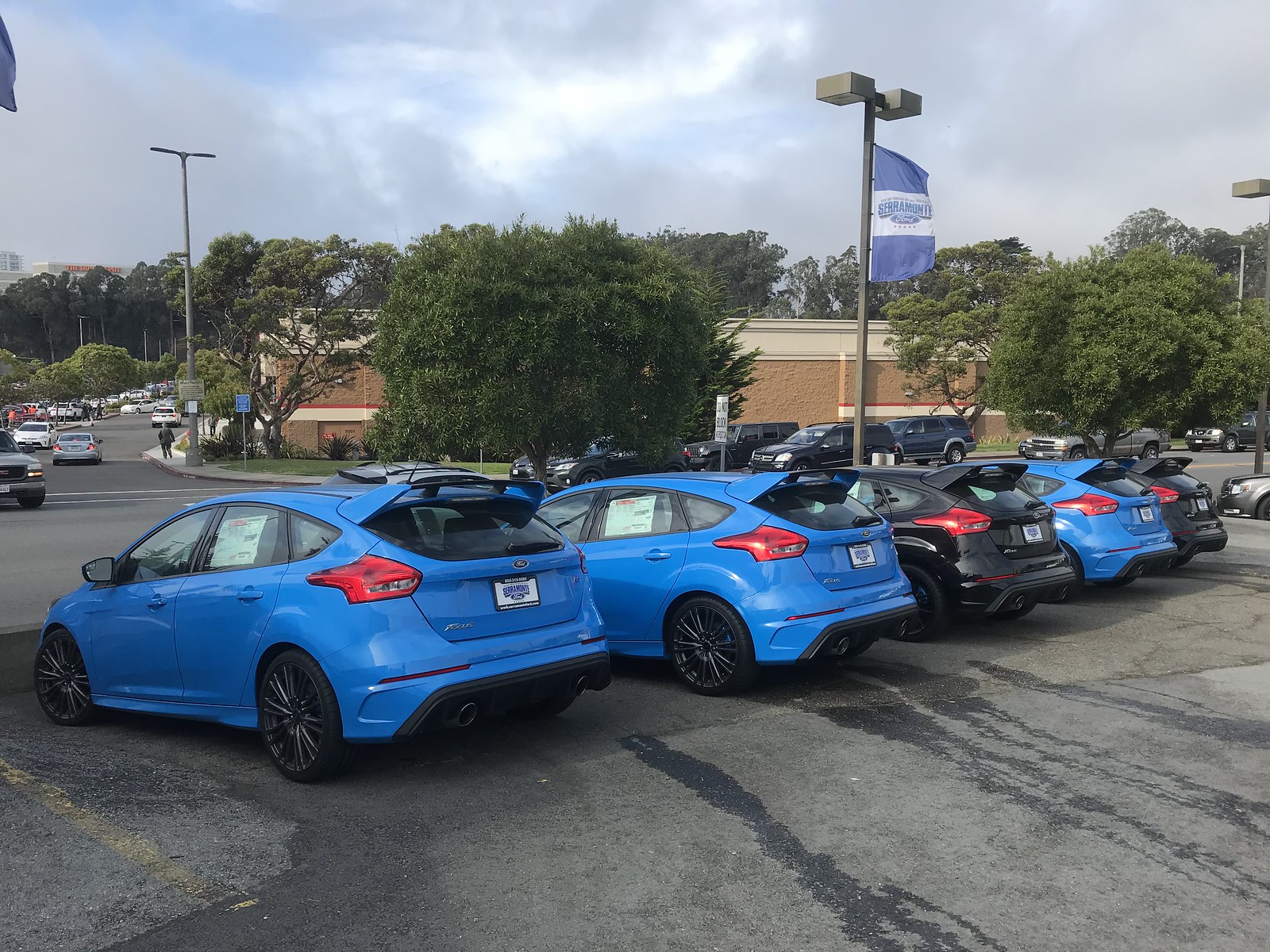 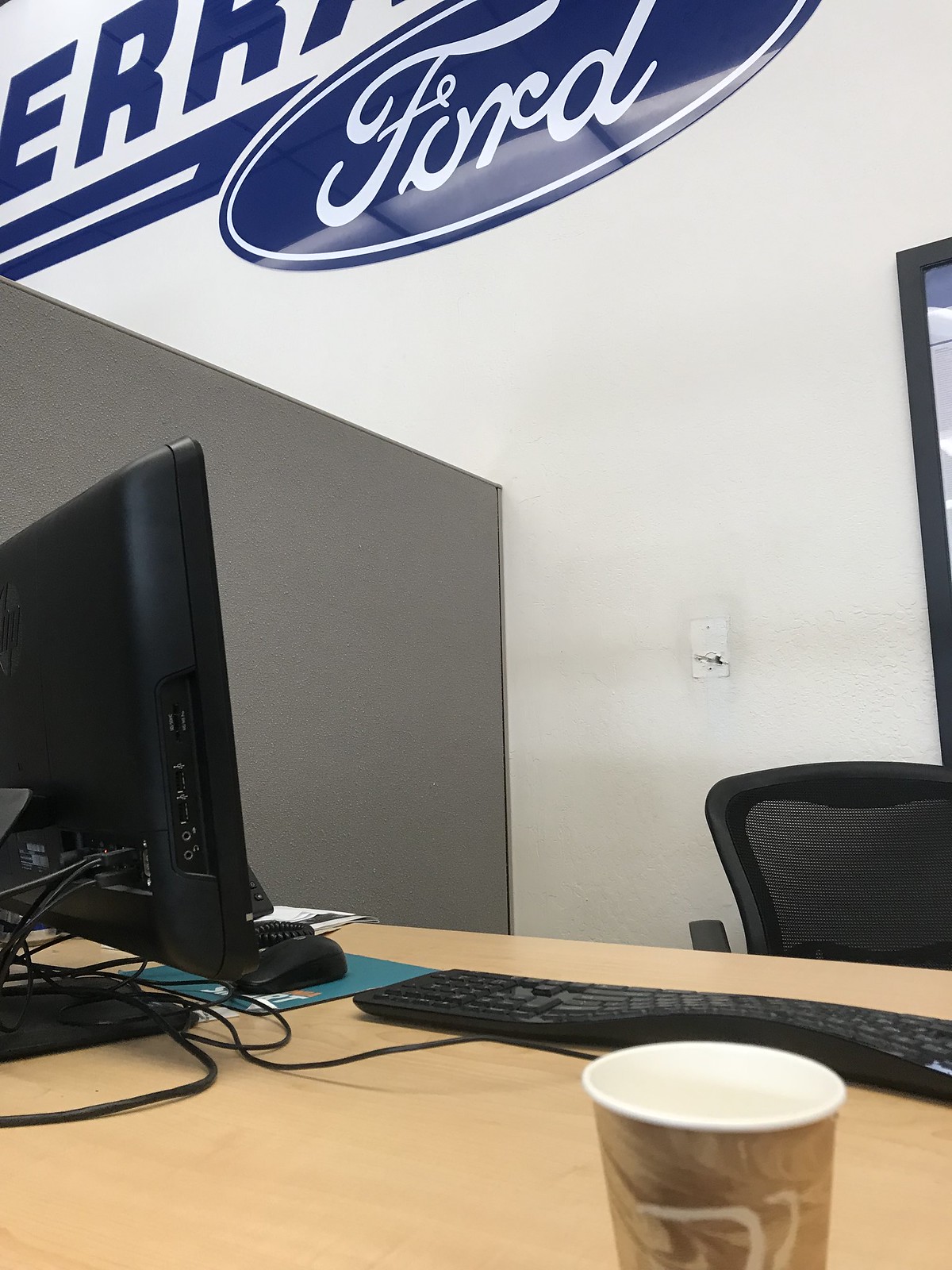 I liked the seat features of the RS2 package, and that's all Sean had, so I went in on that option. I'm not crazy about the base wheels, but I am planning to go aftermarket anyway so I skipped on the forged wheels and the Cup tires. Moonroof I didn't have an opinion and don't really use anyway, so wasn't compelled to spend the extra for that. From the outset I knew I'd have to have Nitrous Blue, it's such an exciting color! So here it is: 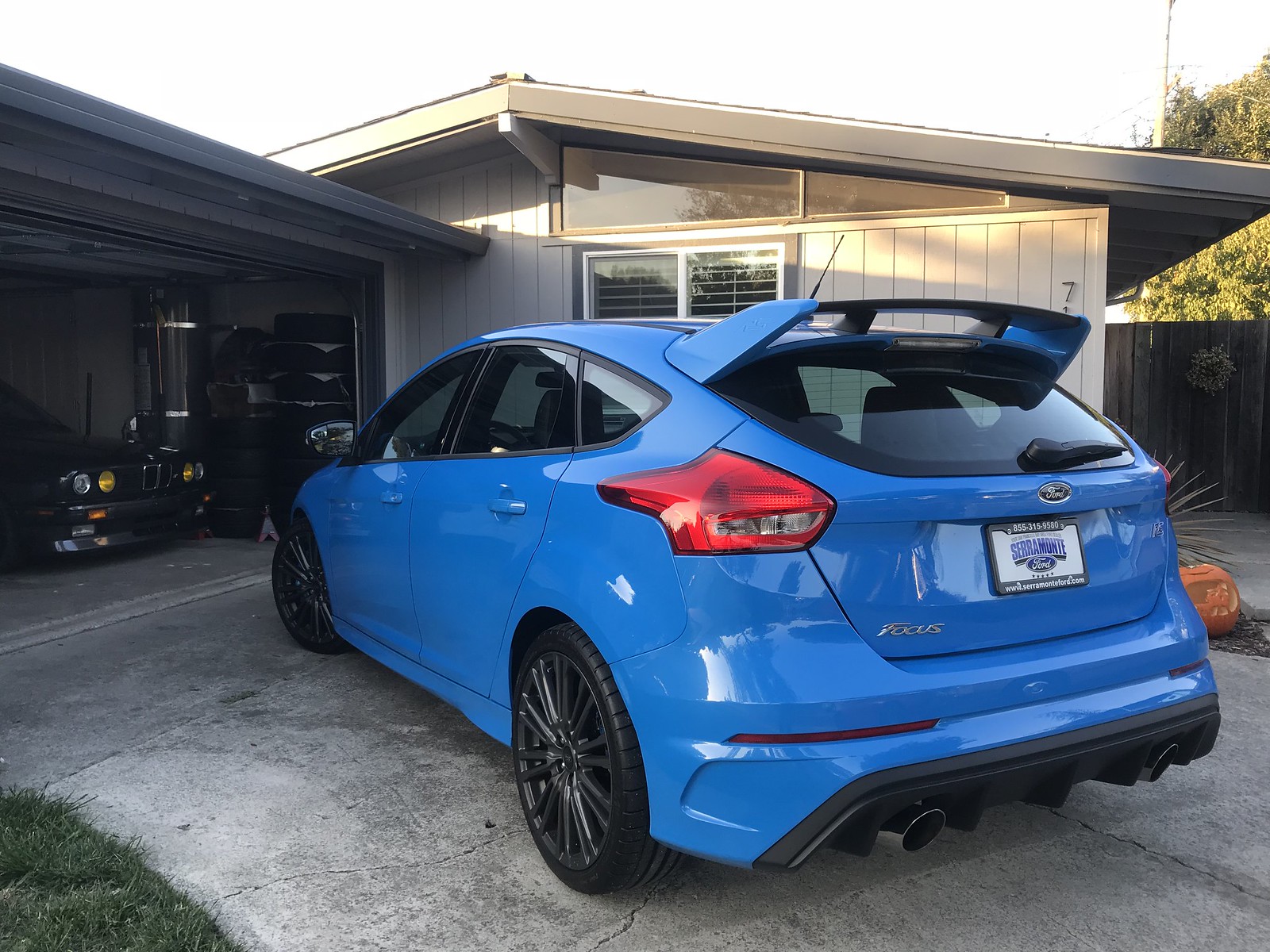 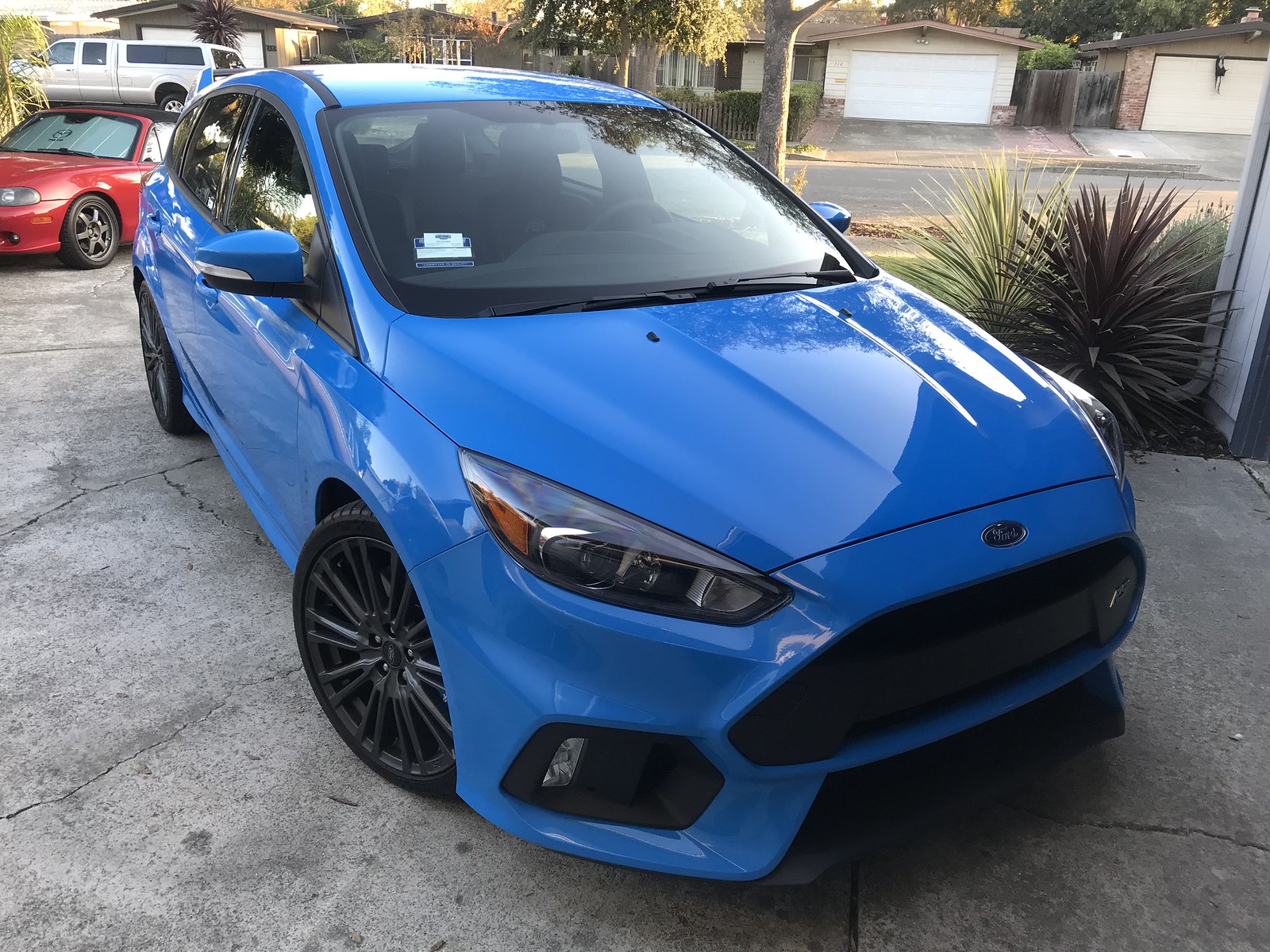 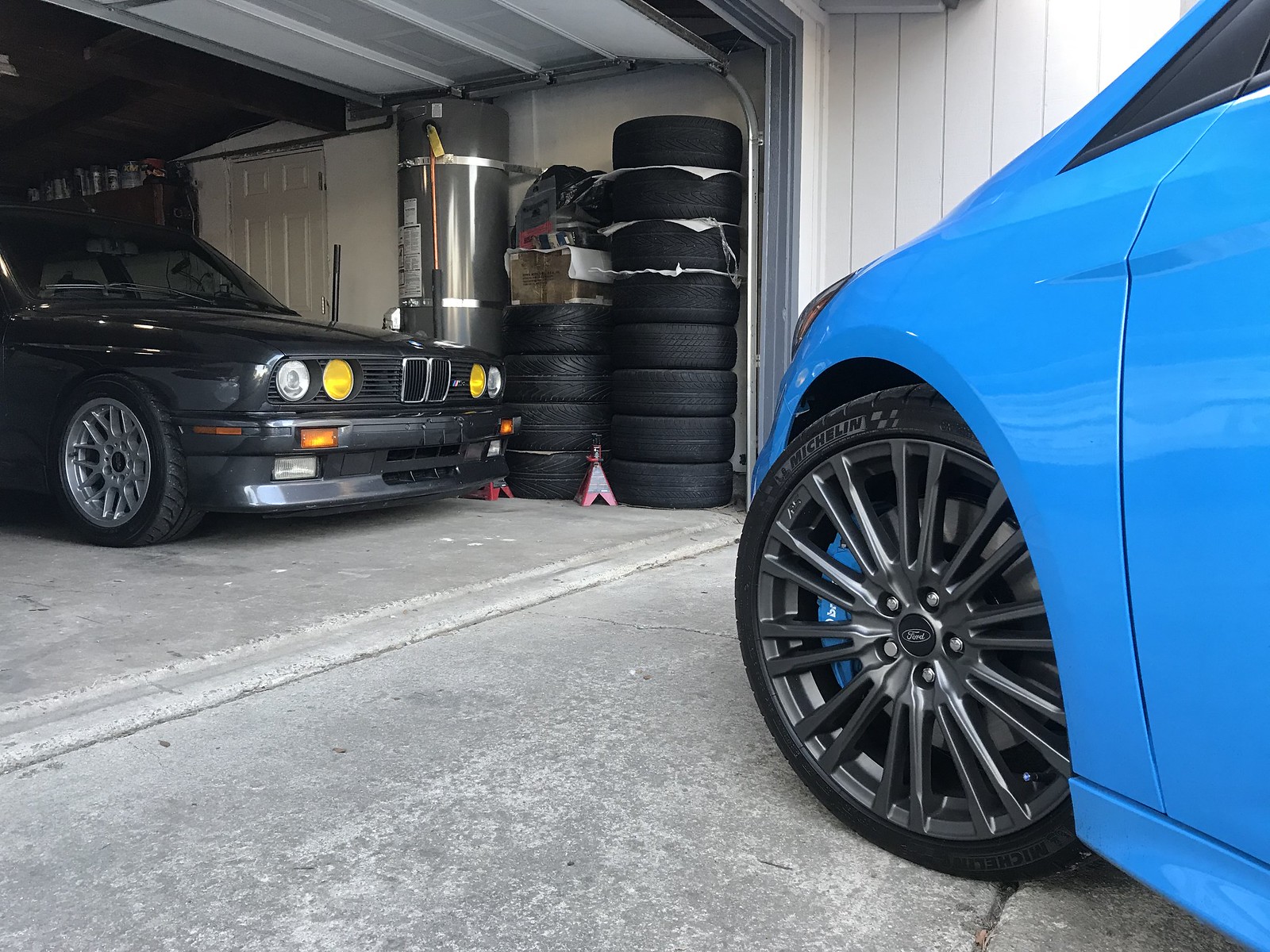 Very pleased so far. Enjoyed the heated steering wheel this morning on my way to work. My plans for the car are pretty limited, since this is my reliable daily and it's such a good package out of the box. I'm an "OE+" kind of guy with my cars - I tend to stick to bolt-ons that can be reverted to stock and use factory performance parts where available. Ford's catalog is very exciting in that regard. My most immediate concern is the 'new car' logistics. I'm trying to decide on a clear protective film option before I really start racking up miles. Also need to decide when to do my first oil change - right now I'm thinking at/around the 1k mark, when break-in is complete.
► Show Full Signature
'17 Nitrous Blue
1992 Nissan Skyline GT-R
1989 BMW M3

All have my personal go-fast, brake, & turn mods of course... :thumbsup:

I love your collection, especially the M3

Joined Aug 4, 2017
·
278 Posts
Welcome brother! We will have to meet up for a local NorCal drive with the other RS members.
Congrats on the beautiful addition to your garage!
► Show Full Signature
MY 2017 FoRS | RS1 | Nitrous Blue | Forged Alloys | Moonroof | Mountune | Whiteline | OZ Racing

Joined Apr 3, 2017
·
509 Posts
Welcome man! I run the Norcal Ford RS Facebook group if youd like to join! I also have been throwing track events for the group the past few months! We had 7 in September as well as 8 on 10-29 past weekend! Our next event is on 12-10 with OnGrid Track so far 5 RS signed up, if you like to do some roadcourse in that new RS of yours let me know I got coupon code for you! Anyways let me know if I can answer any questions as Im fairly local!
► Show Full Signature
2017 1/17 Build Date NB

romemedrano said:
Welcome man! I run the Norcal Ford RS Facebook group if youd like to join! I also have been throwing track events for the group the past few months! We had 7 in September as well as 8 on 10-29 past weekend! Our next event is on 12-10 with OnGrid Track so far 5 RS signed up, if you like to do some roadcourse in that new RS of yours let me know I got coupon code for you! Anyways let me know if I can answer any questions as Im fairly local!
Click to expand...

Thanks! I don't have plans to hit the track in this car (Miata better for that), but would be great to get involved with the FB group. Can you message me a link? Thanks!
► Show Full Signature
'17 Nitrous Blue
1992 Nissan Skyline GT-R
1989 BMW M3 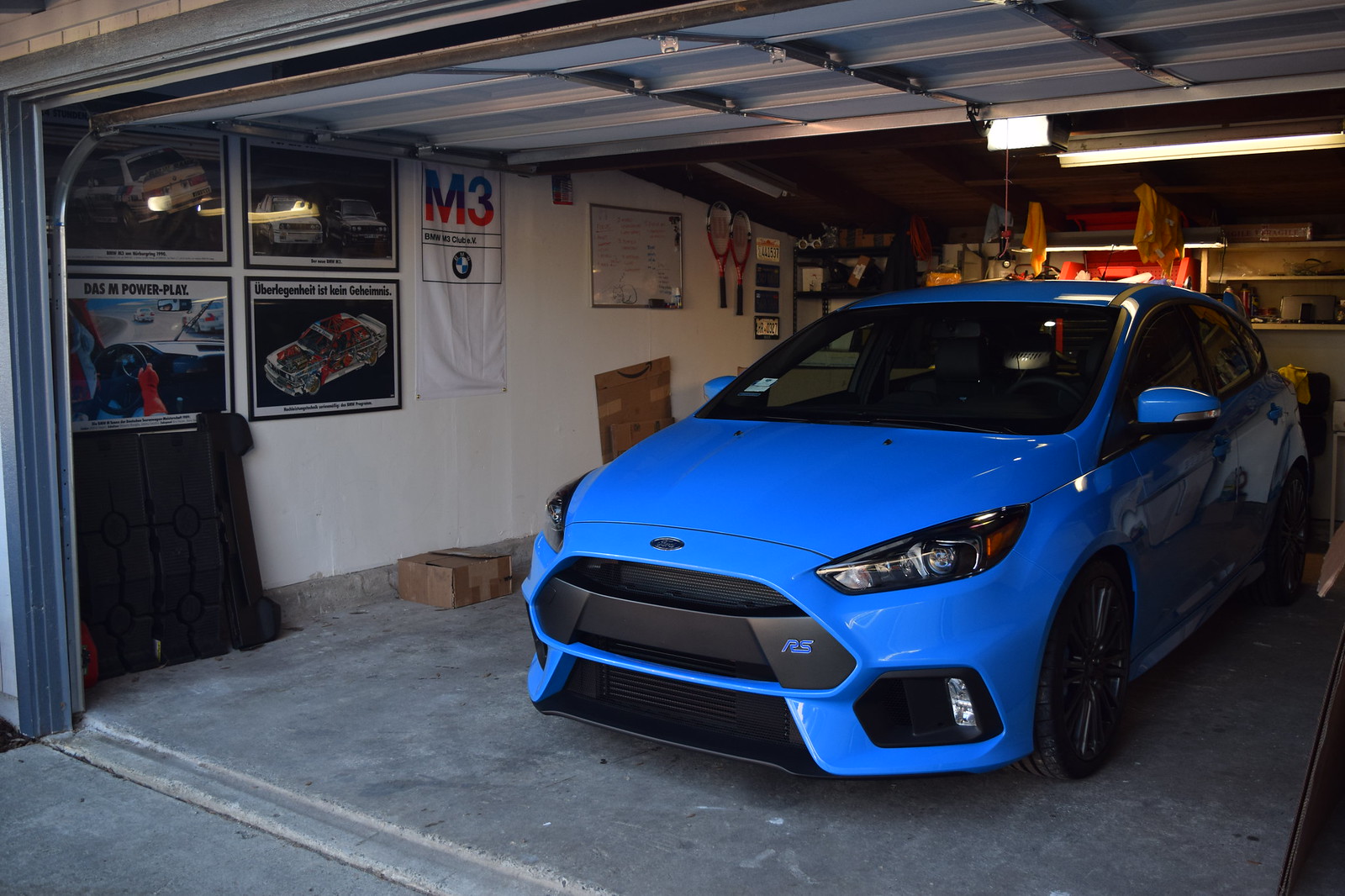 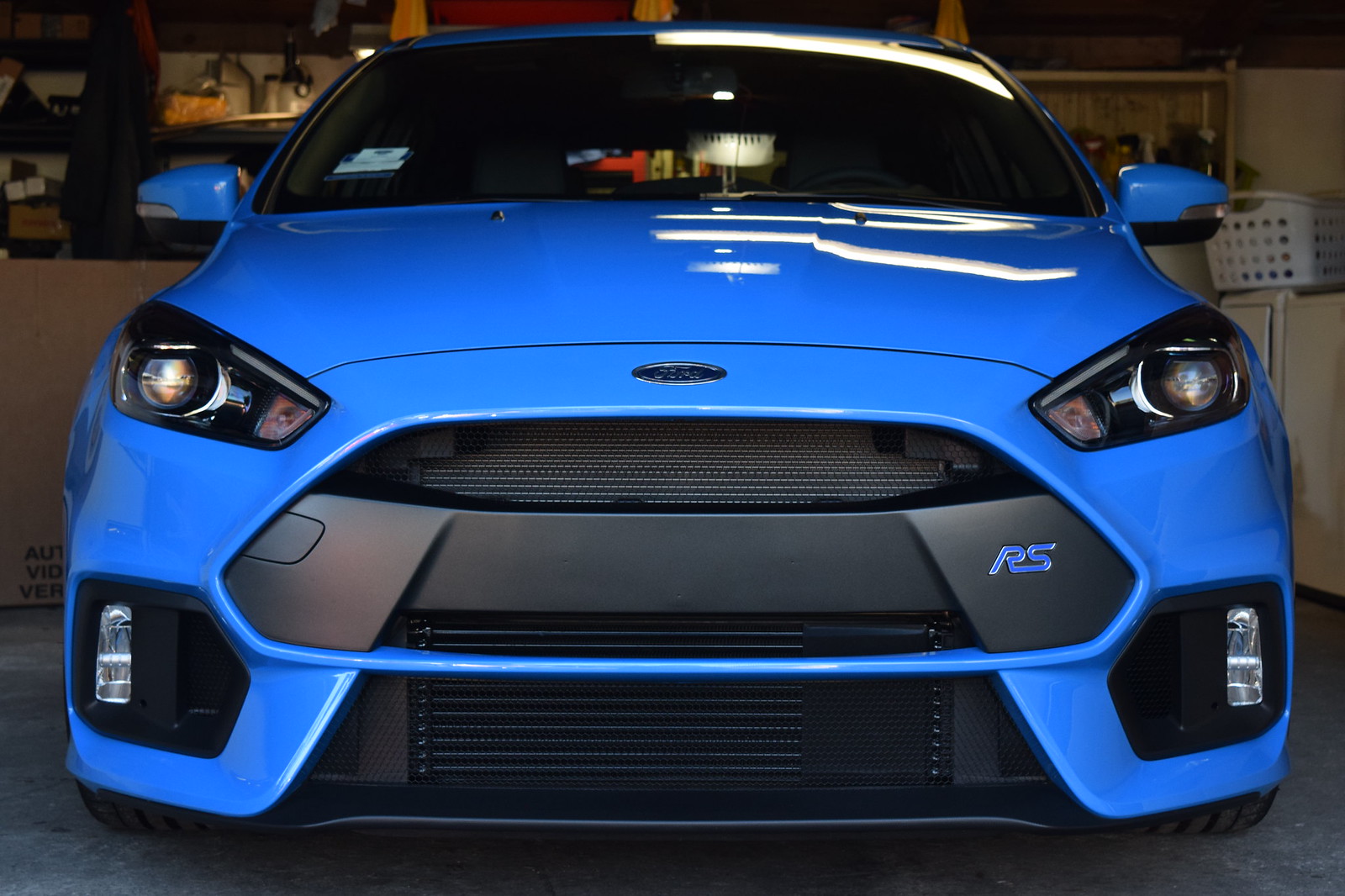 Joined Sep 16, 2015
·
2,444 Posts
Welcome, we'll have another meetup soon, hope you can make it!
► Show Full Signature
- "More important than lap times for a car like this, the Quaife makes the Focus RS even more fun without detracting from its personality in any way."
- "... a 997 Porsche 911 GT3 RS, a Ferrari 458 Italia, an Audi R8 and two Porsche Cayman GT4s — all cars that should wipe the floor with the Focus RS. But they don’t."
- There's a difference between an Engine Assembler and an Engine Builder

FORZDA 2 said:
Too bad we're on opposite ends of the country! Welcome to the asylum!
Click to expand...