Hard-core AWD Focus RS hyper hatch could live on after all, with an electrified heartbeat -- eventually

Reports of the death of the Ford Focus RS hyper-hatch have been greatly exaggerated.

Ford Performance in Europe, which developed and built the previous-generation 257kW Ford Focus RS giant-slayer, had been widely expected to produce a successor based on the new-generation Focus released in late 2018 and drawing more power from an electrified powertrain.

However, last month it stated that “…we are not planning another RS version of the Focus”.

But now it has changed its tone again. In an interview with Australian media to discuss the release of the new Focus ST hot hatch this week, Ford Performance European chief Stefan Meunzinger reiterated the company line but made several mentions of ‘conventional’ RS-type hyper-hatches, suggesting an ‘unconventional’ Focus RS may return in the future.

“I can’t really talk about [Focus RS] successors as you can imagine … but I think from a fully-conventional hot hatch perspective, at least in the [small-car] C-segment, that’s why we announced we’re not going to do a conventional Focus RS.

“And I can’t really be too specific here about future product plans but it’s tough to do a fully conventional hot hatch in that segment in Europe,” he added, inferring that unconventional powertrains are the answer to meeting tighter CO2 regulations.

The future of traditional combustion-engined performance cars are certainly under a cloud and hot hatches will have to embrace hybrid and EV tech to play their part in meeting European fleet-average targets where CO2 emissions are concerned.

“If you do a fully-conventional RS-type product, with a CO2 above 200g[/km] let’s say, it really hurts you for your fleet compliance. From a business proposition perspective, it really starts to have a negative impact just simply due to CO2 penalties associated with it.”

Meunzinger said there were “no plans” for an all-wheel drive Focus ST because that would encroach on the space vacated by the RS, which he confirmed will not be replaced during the current-generation Focus’ life cycle.

“That would naturally be the RS proposition if you like. But as you know, we officially announced there’ll be no RS based on this focus architecture. So no, there won’t be an AWD.

“I personally think this car doesn’t need AWD. The e-diff is a key enabler for traction,” he said.

But when talk turned to the use of electrified powertrains – namely petrol-electric hybrid technology – to make a next-generation Ford hyper hatch both emissions-compliant and commercially viable, Meunzinger left the door wide open to speculation.

“There are all sort of studies ongoing and I can’t give you any particular timeframe here, but we are looking at things, right.

“We are looking at what would customers like and what makes sense from a business perspective. I can’t really quote any timeframe, but yeah it’s under consideration,” he said of a hybrid hyper hatch powertrain.

European reports indicated that the plug-hybrid powertrain from the new Ford Escape SUV was investigated by Ford Performance and could theoretically deliver a 300kW performance punch, but that it was shelved due to high costs. Nevertheless, it’s clear that Meunzinger hasn’t given up on the idea.

He even stated that the current Focus ST could be the last hot hatch from Ford with a conventional combustion engine.

“Maybe. I don’t know. Could be, yeah,” he said in an attempt to avoid the question.

Closer to home, Ford Australia’s product communications manager, Damion Smy, wouldn’t be drawn on the possibility of a future Focus RS, but he didn’t rule it out.

“We’re about to launch the new-generation Focus ST here in Australia, with the 2.3-litre turbocharged engine from the previous Focus RS, developed by Ford Performance with a choice of manual and automatic models.

“There are no plans for a new Focus RS for the Australian market at this time,” he said.

Take from that what you will, but we think it’s clear that if there is a successor for the epic Focus RS, it’s a few years away and it will bring a big electric boost. 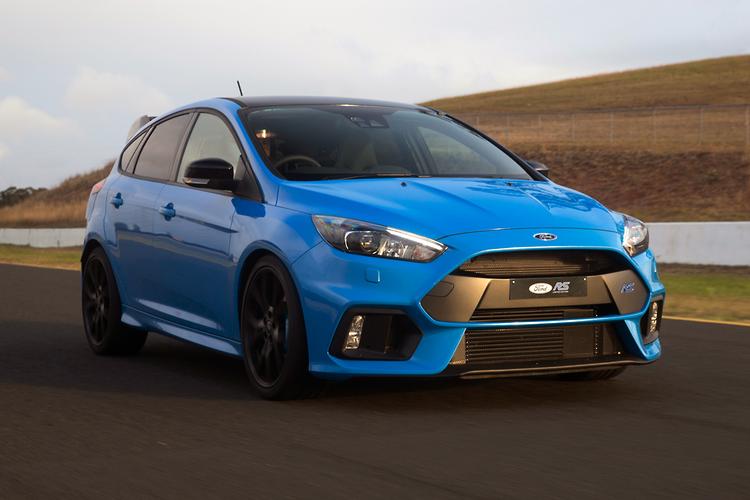 If you thought the AWD Ford Focus RS hot hatch was dead, think again. It could live on - with an electrified heartbeat thanks to a hybrid system.