With six days to go, bidding is already at $35k

The Mitsubishi Lancer Evolution may be gone from the U.S. market, but it is not forgotten. And it's clear that for some fans, the passion for the rally-inspired Mitsu burns as brightly as ever. We saw that a delivery-miles example can crack the six-figure mark, when this 2006 Evo IX MR with 9 miles on the clock fetched just shy of $138k on eBay. Now, it looks like we're about to find out how high is up for a driven but still low-miles car — with 9,800 miles on the odometer — as this pristine 2006 Lancer Evolution IX MR on Bring a Trailer has already garnered bids of $35k with six days still to go.

The BaT car is the same year and model as the $138k eBay example. It features the SE appearance package and is finished in Apex Silver Metallic. The MR trim level included an aluminum roof panel (with vortex generators at the trailing edge), HID headlamps, and auxiliary gauges, and aluminum trim inside. The SE appearance package featured a revised front spoiler, dark-finish BBS wheels, and red contrast stitching on the seats. The car, which is being sold by a dealer in Colorado Springs, appears to be unmodified. 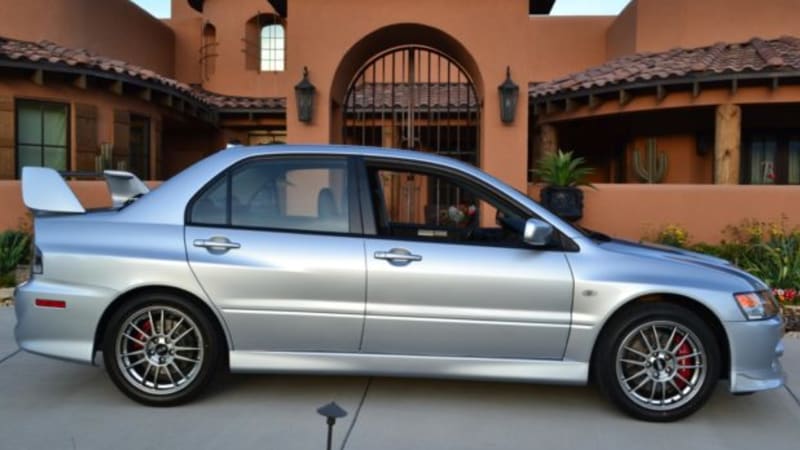 A pristine 2006 Mitsubishi Lancer Evo MR currently for sale on the auction site Bring a Trailer has garnered intense bidding.

It's basically new, and you can own it.